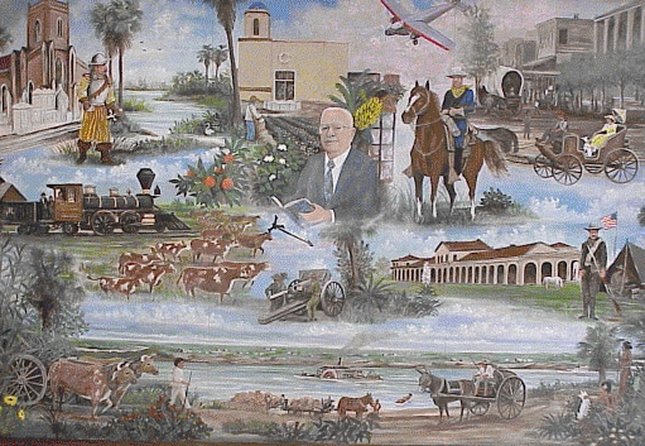 On April 6, 2000, a mural painted by Brownsville artist, Marcus Blackwell was unveiled in honor of Mr. Bruce Aiken. Mr. Blackwell takes the viewer on a pictorial tour through Brownsville history.
Bruce Tansil Aiken
1921-2002
Brownsville's foremost historian, Bruce Aiken made history on Saturday, November 16, 1996 when Brownsville Independent School District dedicated it's 26th elementary school to Bruce Aiken in recognition of his many contributions to the community. Aiken Elementary, home of the “All-Stars,” opened in August of 1996.  It is named for Bruce Tansill Aiken, an educator with a 38-year career in BISD and a noted historian.
The campus is located at 6290 Southmost Road and shares school grounds and a library with Besteiro Middle School. It seems appropriate that these two campuses are joined because Bruce Aiken and Raul A. Besteiro, Jr. formed a well-known educational alliance for many years. Sam Garcia was Aiken’s first principal. Bruce Aiken began his education in 1928 at what is now Clearwater Elementary. He graduated from Brownsville High School in 1939. Mr. Aiken received his Associate of Arts degree from Brownsville Junior College and proceeded to the University of Texas in Austin. During World War II, Mr. Aiken was stationed in both the Southwest and Western Pacific as part of the U.S. Army. His military career carried him through commissions in the Texas National Guard, the United States Army Reserves, the Retired Reserves and the Texas Guard. He attained the honorable rank of Colonel (Retired). Mr. Aiken completed his degree in 1949 from Texas A&I University. He started his career as a teacher in the Brownsville School District at Clearwater Elementary.
Mr. Aiken served the Brownsville School District in many capacities including Director of Audio Visual Education, Administrative Assistant to the Superintendent, Director of Personnel, and Director of Safety and Insurance, a department he founded. Bruce Aiken did an excellent job of preserving Brownsville's history for future generations through his articles, stories and vignettes. 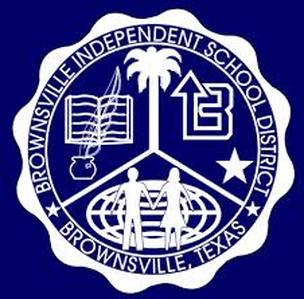